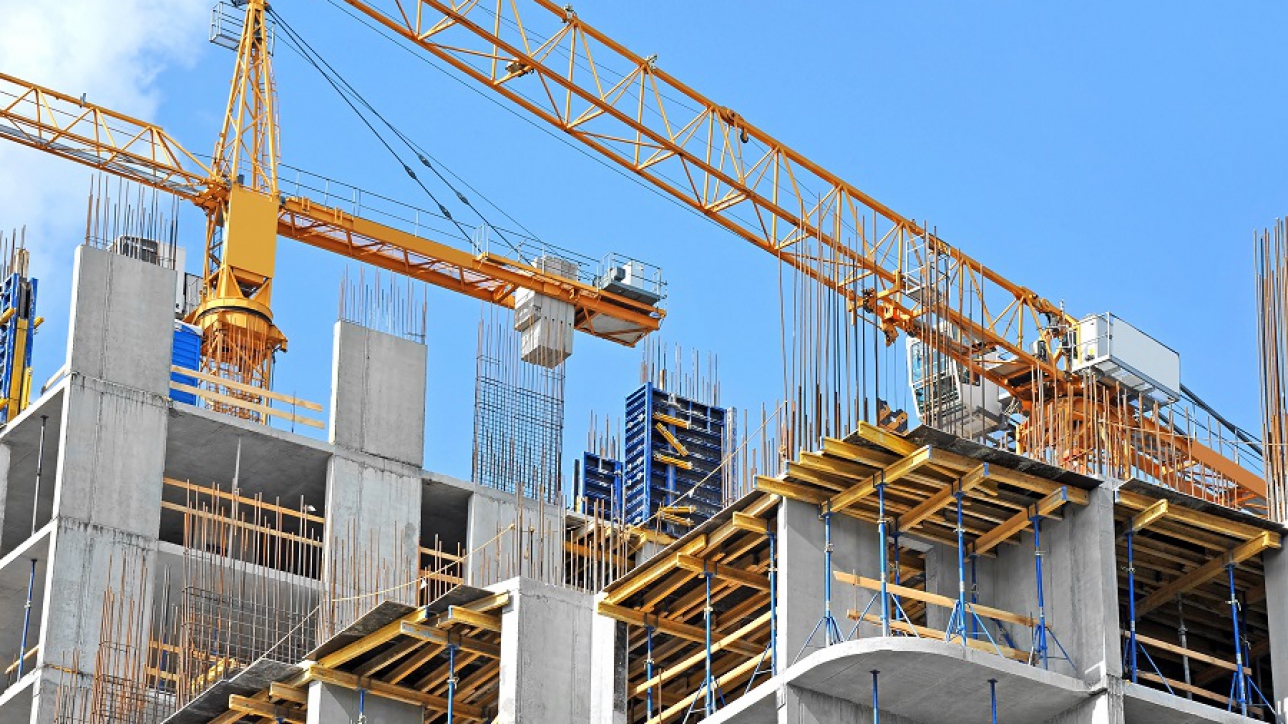 Southern California in general, and the Los Angeles metro in particular, can be considered heavily car-centric. Though public transportation exists throughout the region, the daily clogged roadways, highways and interstates attest to the fact that L.A. drivers love their cars.

As such, it should come as no surprise that a 2015 report published in the Journal of the American Planning Association noted that 14% of incorporated land in Los Angeles County is dedicated to parking. However, commercial real estate developments, along with changes in transportation habits, could start nibbling at that parking-lot land percentage in the coming years.

From the (Parking Surface) Up
There has been discussion about re-adapting parking garage structures into alternative uses. Parking surface re-do discussions, however, don’t seem to be quite so prevalent, currently. Still, when it comes to Los Angeles and parking-surface-to-CRE developments, two projects pop up. One is an already underway, mixed-use development in Hollywood’s South Block area. The other, dubbed The Grand, is designed by architect Frank Gehry, and will be built in downtown Los Angeles, across from the Walt Disney Concert Hall.

DLJ Real Estate Capital Partners is developing a $200-million, mixed-use project on 3.2 acres of a former parking lot at 6200 W. Hollywood Blvd. Given its address, the development is known, appropriately enough, as 6200 Blvd. Eastown LA, the development’s first phase, was completed in late 2014, and consists of 535 rental units and approximately 70,000 square feet of ground-floor commercial space. Work is underway on phase 2, which will offer 507 rental units and 60,000 square feet of ground-floor retail space, when it delivers in 2018.

Meanwhile, The Grand, a massive, $1-billion commercial real estate project that has been percolating for about a decade because of politics, developer issues and the Great Recession, could begin construction sometime in 2018, with a scheduled opening date of 2022. Situated on a parking lot at 100 S. Grand Ave. in the Bunker Hill district, developer Related Cos. is planning a 450-unit residential tower (with a 20% affordable-housing set-aside), and a 305-unit Equinox hotel, as well as retail and restaurants surrounding a central plaza. Chinese company CORE is investing $290 million in this project.

A January 2017 article from the Los Angeles Times about The Grand quoted EY hospitality consultant Sara Lo. She notes, part of what is making Los Angeles attractive to Chinese investors are the large, surface parking lots that can be converted into mixed-use developments. “You don’t find many five-acre parcels that can support $1-billion developments in many downtowns,” she remarked.

Changing Transportation Habits
Earlier this year, AIR CRE wrote about the disruptive technology and trends that are changing transportation. Though driverless cars are still somewhat more fiction than reality, there is little doubt that ride-sharing services, such as Uber and Lyft, are changing transportation habits, especially in areas such as DTLA and Hollywood. More effective transit systems are also encouraging some Angelinos to leave the cars at home.

Another article from the Los Angeles Times, this one from April 2017, covered the potential impact of driverless cars and ride-sharing on garages and surface parking lots throughout Southern California. Rick Caruso of Caruso Affiliated, owns The Grove, an upscale, 600,000-square-foot outdoor-retail property in Central Los Angeles. He is also actively working with Google to prepare for the future of self-driving cars. Furthermore, he indicated that surface parking lots at his suburban malls, such as Promenade at Westlake (in Thousand Oaks) and the Commons at Calabasas (Calabasas) could end up converted into what the Times called “verdant mixed-use complexes with apartments, offices and more stores and restaurants.”

Does this mean all Southern California surface parking lots will go the way of vertical developments? Not necessarily. There will always be people who are wedded to auto transportation, no matter what. There is, however, little doubt that disruptive transportation trends are changing the way CRE developers are eyeing parking lots.