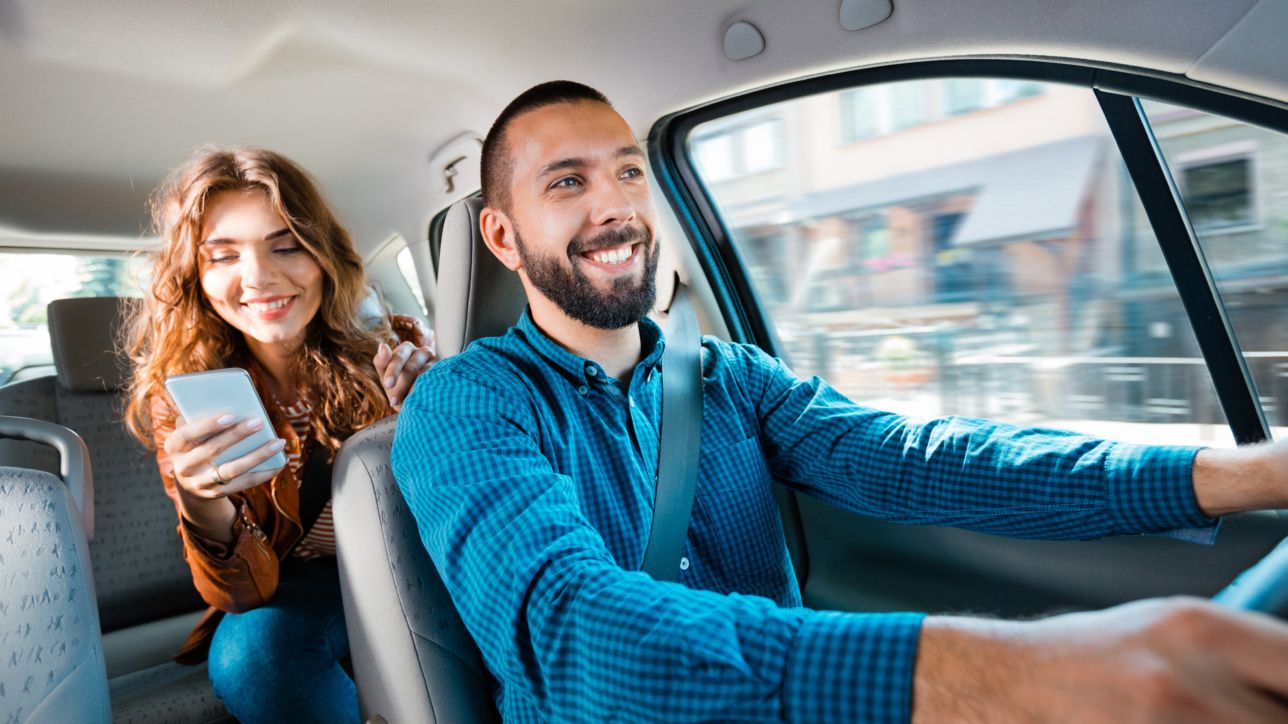 Mention the words “ride-sharing” and “real estate,” and what might come to mind is a need for fewer parking spaces at shopping centers. In a recent Forbes article, Triangle Capital LLC co-founder and partner Richard Kestenbaum noted “the growth of ride-share services such as Uber and Lyft has allowed more consumers to arrive at stores without their own car.”

Parking spot reduction only scratches the surface, however. The growth of Uber, Lyft and other ride-sharing services are impacting retail real estate in other ways.

In late 2017, retail property owner Westfield America Inc. announced a partnership with Uber to create a special lounge at its Westfield Century City property near Santa Monica Boulevard in Los Angeles. The lounge is a dedicated waiting area for Uber users, providing an “ultra-modern design, sleek seating and unexpected customer amenities, allowing customers to wait for their Uber in style,” noted a release. TechCrunch commented that the partnership added the idea of “club membership” to the Uber experience, something that could help the ride-sharing service in the area of industry differentiation.

Westfield America also indicated it would incorporate dedicated Uber drop-off and pick-up points at its other U.S. retail properties. While these locales don’t offer Century City’s lush amenities, many have Uber kiosks with customer service representatives and what Westfield called “brand ambassadors.”

Lounges and kiosks aside, ride-sharing continues impacting the overall parking experience. It isn’t news that ride-sharing and driverless cars will affect the parking garages and lots of the world. What is not quite so well-known is that businesses employing folks to park cars – valets – are feeling the Uber/Lyft brunt.

The Los Angeles Times reported that Proper Parking in Woodland Hills, CA, experienced a 70% drop in nightclub valet traffic and a 30% drop in restaurant traffic since its launch. The parking company opened in 2012 – the same year that Uber launched. Meanwhile, a report released by the International Parking Institute, “2018 Emerging Trends in Parking,” tracked reasons for parking industry changes. Sixty-two percent of those surveyed indicated that ride-hailing companies have had a major impact on all facets of the parking industry.

Right now, users can take an Uber or Lyft to the shopping center of his/her choice, purchase goods, then call an Uber or Lyft to go home. This is just scratching the surface, however. Ride sharing is starting to do more to bring consumers to retail, while ideas are in the works to bring retail closer to consumers.

Consumers to Retail. Uber has placed its buttons on retailers, banks and restaurants’ mobile-optimization location pages. Thanks to an integration between Uber’s API and Velocity, a location marketing platform, businesses can add a “Ride with Uber” button to mobile-optimized search pages. This, in turn, leads to a call to action – namely, the rider will click on the Uber button for transportation, which means more shoppers coming to a store.  “Today, consumers want what they want, when and where they want it,” Sim Partners’ Founder and CEO Jon Schepke recently told Retail Dive. “This integration is all about the ‘where’ aspects of the on-demand economy.”

Retail to Consumers. Bringing retail to consumers conjures up e-commerce. But Cyrus Radfar, a founding engineer of website tool developer AddThis, suggested another twist to the consumer-retail relationship, pointing out that “mobile malls” can “bring stores direct to the consumer at the push of a button.” Radfar envisions traveling retail spots, filled with preferred goods, to be driven by autonomous vehicles, pointing out that the idea of a mobile real estate economy isn’t all that farfetched. “Looking at the effect that major innovations disruptors have had on other industries,” he notes, referencing Uber and Airbnb, “it’s easy to see how quickly things can change.”

Right now, the relationship between ride sharing and retail involves moving consumers from home to store and back again. However, the long-term impact of ride-hailing could involve more than a reduction in parking lots or services. As such, it will be interesting to see the role that ride-sharing plays as retailers meet consumers’ shifting needs.