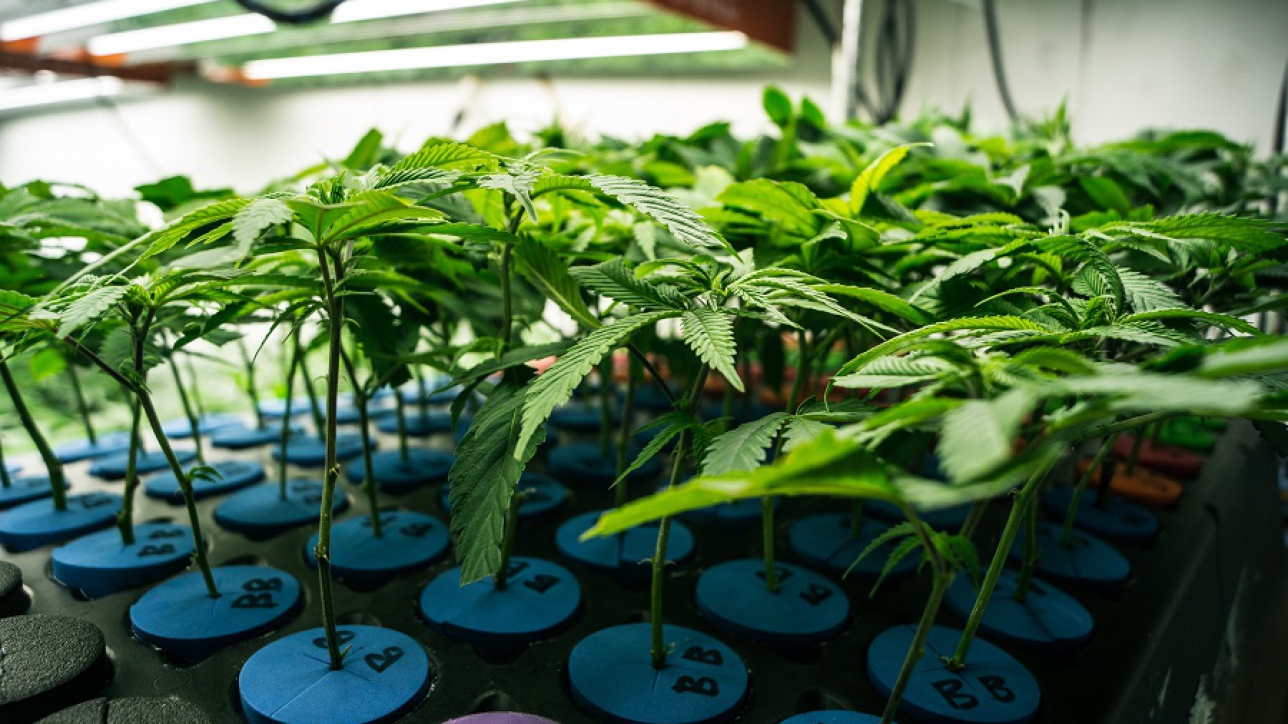 The cannabis sector is no longer considered a fringe business by the commercial real estate industry. Now that 29 states and the District of Columbia have passed laws to legalize marijuana for either medicinal and/or recreational use, the increased mainstream acceptance has created a new real estate asset class in the U.S., as well as expanded the tenant base.

California is the epicenter and leader in this burgeoning sector, accounting for 60% of the cannabis market. Perhaps more importantly, it serves as the heart and soul of the industry.

As the cannabis sector matures, it stands to reason that commercial real estate brokers in California will increasingly be called upon to transact deals. That may involve helping an investor buy an industrial site for a grow facility, representing a developer of an industrial property that a cannabis firm wants to occupy, or handling a lease transaction for a retail dispensary in an urban market.

Brokers should be aware of the differences that cannabis deals present, so they can effectively transact deals. It is also important to recognize how licensing and zoning serve to create barriers to entry in markets. Property owners stand to capture premium rents from an initial wave of cannabis entrepreneurs coming into the market.

Regulatory Environment
The state of California has two pieces of legislation that are coming into play that pertain to the business and regulation of marijuana. The Adult Use of Marijuana Act (AUMA – Proposition 64), and the Medical and Adult-Use Cannabis Regulation and Safety Act (MAUCRSA – SB 94). AUMA was passed by voters and MAUCRSA merges both into one regulatory system that now will govern both medical and adult-use marijuana in the state. The Bureau of Cannabis Control will oversee all cannabis businesses in the state.

At the federal level, there’s still a bifurcation between what the states have enacted and what’s legal nationally. The Obama White House was moving towards acceptance and more permissive laws, and that appeared to be changing under a new White House administration this year. The early hardline stance against marijuana use by the Trump administration has softened recently and appears to be more accommodating, especially on the medical use side.

Keeping the medical marijuana track moving forward in California is welcomed by many involved in California’s marijuana industry. That’s because they believe it is the right direction for the state, notes Randall T. Longwith, an attorney who works with cities and medical marijuana marketplace businesses and entrepreneurs to craft the regulatory and operational foundation.

Cannabis Facility Considerations
Among the top priorities to consider for a cannabis facility or occupier are the local and state regulations for that site. Regulations will spell out exactly what is allowed and the conditions for marijuana businesses. If regulations aren’t in place yet, that is a bit of a yellow flag. It is also important to know if a city is contemplating cannabis uses, notes Longwith, since that will allow an occupier to capitalize on early opportunities before prices run up.

Site selection in a city requires examining specific zones for opportunities, typically with an industrial M1 or M2 zoning. As part of that review, it is important to understand the buffers and sensitive uses in that city. Longwith says, “In almost every instance there are buffer zones.” California only requires a facility be 600 feet away from school. But cities may also impose their own restrictions, such as distances from schools, churches, libraries, or residential zones. There’s significant variance. Sometimes buffers can be as few as 200 feet, or a half a mile, in the case of Adelanto, a High Desert city off Highway 395 in San Bernardino County.

It is also key to know the status of the occupier’s licensing and permitting, whether as a grow facility or a retail sales location. The cannabis entrepreneur may be simultaneously working toward obtaining its licensing and permits as it lines up financing for expansion into a new facility.

Longwith advises ascertaining evidence and proof of funds, since in the past there’s been problems in this area, mainly stemming from the cash-nature of the business and current banking regulations. The federal government classifies marijuana as an illegal drug, similar to heroin. Since banks are regulated by the federal government, they are not allowed to accept cannabis cash, resulting in an estimated 70% of cannabis businesses having no bank accounts.

Longwith says cannabis entrepreneurs have had to figure out how to move forward and transact on a cash basis. The process is getting easier now with more institutional funds and bigger players involved, who have and can show proof.

Canna Real Estate Fund’s Steve Waldman says it has been a huge black market for a long period of time, but now cannabis entrepreneurs are moving towards more regulated and structured business environments. A key element of that transition is to evaluate the business fundamentals of a cannabis entity, just as one would for a traditional occupier.

The physical aspects of a cannabis facility are different, too. A grow facility will require more water and power than typical occupiers, have unique ceiling heights and must deal with smells unique to the cannabis product. Beyond those physical requirements, Waldman says it is a good idea to find a “friendly town” that has a regulatory process in place, since that can “shift dramatically from district to district.”

A way to help protect the landlord’s position with a cannabis occupier is to put terms in a lease to make sure the tenant is committed. Waldman also advises to work in language that permits regular site inspections by the landlord or a third party. Not only does that help check for compliance, he says, it can add protection for a landlord since it demonstrates to the courts you acted as a good citizen. He advises clear separation between tenant and landlord, too. If a percentage of sales are shared, it could appear that a closer ownership partnership exists between grower and landlord.

Real Estate Opportunity
The cannabis sector has opened up new opportunities for investment, and capital has followed. The Canna Real Estate Fund was formed as a sale-leaseback structure to allow investors to participate in an alternative asset class without touching the plant.

Canna’s Waldman says, “There’s considerable interest in this investment category from a half dozen publicly traded REITs, and we see Wall Street coming into the space in a big way. There’s hundreds of millions of dollars coming into the space. The growth opportunity is immense. The medicinal side of the industry is bigger than the get high side (recreational), and we’ve only seen the tip of the iceberg.”

That bodes well for industrial markets, especially for those with high vacancies or functionally obsolete product, which could be repurposed as a cannabis grow facility. The opportunity to absorb space and spur the local economy hasn’t been lost on cities either. Cities such as Adelanto moved forward with progressive marijuana practices to capitalize on opportunities. That approach allows them to reap the benefits of new revenue streams, and revitalize their industrial sector.

The tipping point of cannabis acceptance and use has been reached, both nationally and in California. That’s spurred opportunities in a new asset class that savvy CRE brokers and landlords must consider. Waldman says, “it is the end of prohibition for the cannabis sector, and there’s opportunities for the real estate industry to realize.”