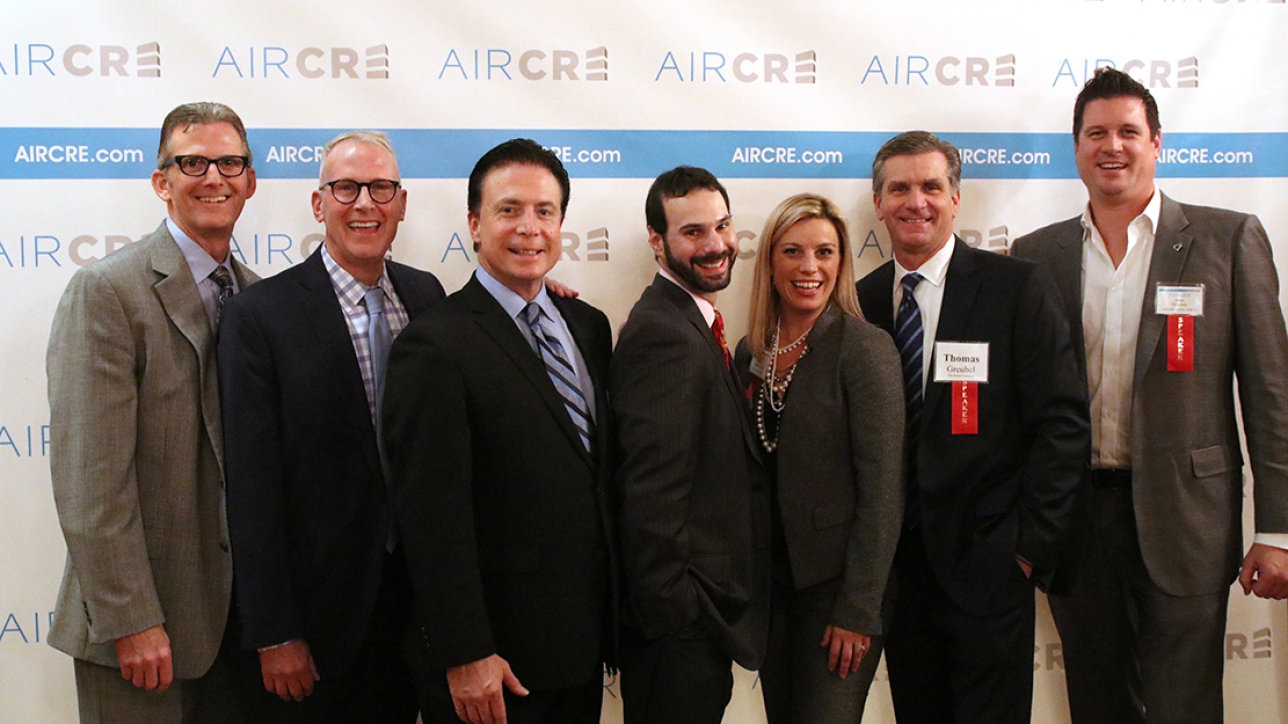 Southern California: A Blend of Optimism and Uncertainty

Optimism, combined with uncertainty. Those were the major themes discussed and dissected during AIR CRE’s 24th Annual Real Estate Market Review & Forecast on Jan. 25. During the event, seven experienced commercial real estate panelists, led by CBS broadcast journalist Frank Mottek, came together at the Downtown Los Angeles Jonathan Club. The discussion took on everything from the booming Southern California economy, to the uncertainty connected with President Donald Trump.

Before the panelists began, optimism was in evidence as AIR CRE executive director Timothy Hayes and AIR CRE 2017 president Louis Tomaselli unveiled a new brand identity for the organization. The event launched the release of the new name and a new member benefits platform which includes new Contracts software, Events, Communications, and a new AIR CRE website. Hayes noted, “As the AIR has expanded its data collection efforts to include all commercial property types, it was important for us to create a brand that better represents the organization and sets the stage for our continued growth, both in terms of membership and our product offering.” Tomaselli agreed, adding, “The roll-out of AIR CRE Contracts software, at the same time as the brand launch, is just the first in a series of exciting innovations that we will be delivering in the coming year”.

The Sunny Side of Sunny Southern California

And the panelists involved with the event brought plenty of good information to participants. Everyone agreed about the good news – most commercial real estate sectors throughout Southern California are on full drive. Office is strong in West Los Angeles, while industrial space is almost non-existent throughout the Inland Empire. According to Ron Washle, senior managing director with NGKF’s Ontario office, 20 million square feet of industrial is under construction in the Inland Empire, with 20,000 square feet of absorption taking place. As a result, “the vacancy rate is staying pretty constant,” he said.

What is keeping the activity strong in this sector and market? E-commerce. “Almost every deal over 600,000 square feet has an e-commerce component,” Washle said. “We didn’t see that two or three years ago.” But the same e-commerce that is creating the industrial boom is hurting retailers. “If people can sit on a couch and order something, they’ll do it,” Washle said. “Nine percent of all retail sales are e-commerce sales. It was just 1%-2% a few years ago.”

Meanwhile, in Orange County, The Irvine Company’s office portfolio is 96% leased. Tom Greubel, The Irvine Company’s vice president, leasing, shared that new development is ahead of schedule, and deliveries are almost close to stabilized. Similar trends are occurring in West Los Angeles, which is characterized by “low vacancy, and not a whole lot of product available,” said Lee & Associates’ West L.A. president, Aleks Trifunovic.

Trifunovic and JLL Senior Vice President Hayley Blockley indicated the blurring of lines between office and creative space, with millennials driving the latter trend. Blockley, discussing a Fortune 100 company that visited 18 buildings from Santa Monica to the Arts District for 20,000 square feet of space said “It’s about the feel, the vibe, the amenities.” Added Petra Durnin, director of research & analysis, CBRE, DTLA: “Everyone wants to create efficiencies. Everyone wants something better than cubicle and office environments.”

Even with the good news, uncertainty is rife. Kevin Ivey, business development director, KPRS Construction, and who serves as chairman of NAIOP’s SoCal’s legislative affairs committee, expressed alarm about a potential clash between California’s regulatory environment and Donald Trump, the epitome of a business-friendly president. “In California, I can see those elected doubling down in opposition to the new administration, and that could backfire on us,” he predicted. Such pushback could end up cutting the state off from federal funds, he added. Additional headwinds could come about, due to legislation. “Our representatives are looking for more ways to raise taxes, and create more legislation,” Ivey said.

Then there is the new President’s stance on trade. Ryan Severino pointed out that the ports of Los Angeles and Long Beach are hugely important to California. “Anything that puts that in peril, we want to be careful about,” said Severino, who is JLL’s chief economist, adding that dealing with trade requires smart moves and wise adjustments. “The last thing we need is some sort of mutually assured destructive trade war with our trading partners,” he said.

CBRE’s Durnin pointed out that we’re 7 ½ years in the current economic cycle, with the firm fundamentals in play only since 2013, and typical economic cycles lasting nine years. But Severino forecast a continued strong SoCal in the near term. “As long as the economy stays on the middle course, valuation should hold up okay, and there shouldn’t be too much change in cap rates,” he said. “The environment should remain positive.”