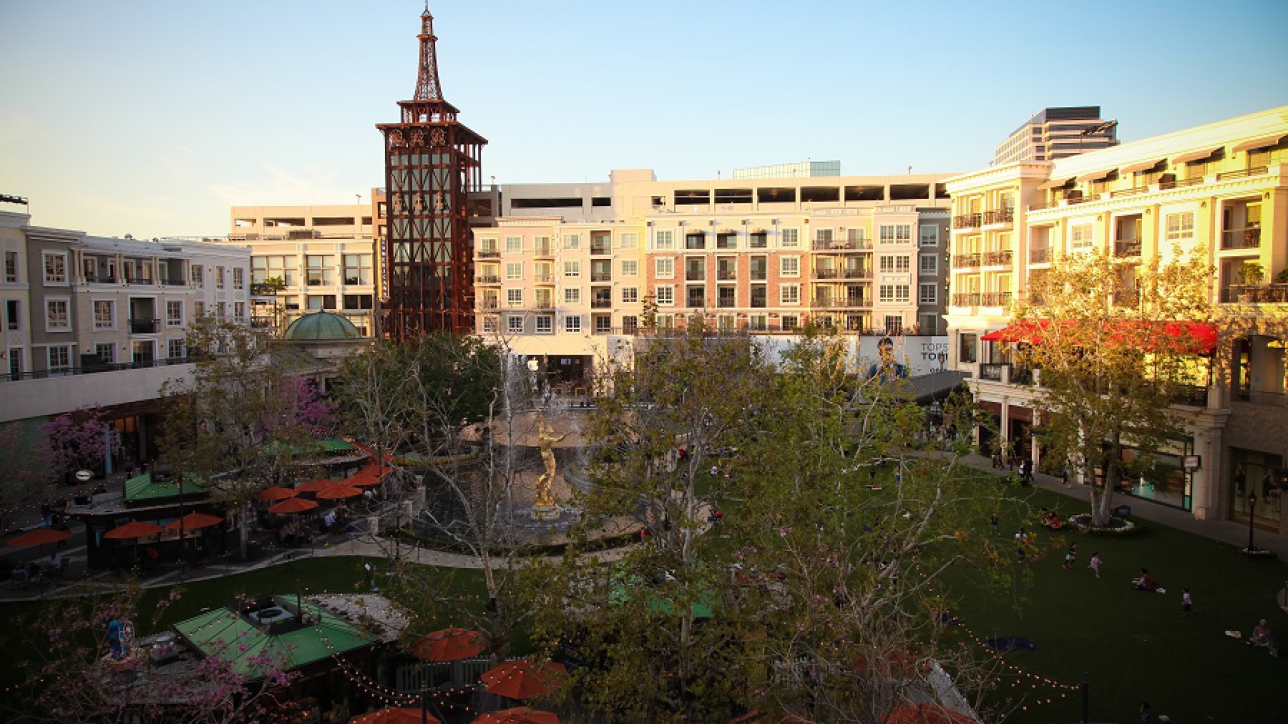 The hot trend in real estate development these days is “mixed-use.” It seems as though newer housing developments are reliant on a nearby retail/office component, while office projects need to be within walking distance of entertainment districts and restaurants. Buzzwords such as “walkability,” “pedestrian-friendly” and “live-work-play” are common when it comes to newer developments.

The current wave of mixed-use projects began at the start of the millennium, when the “New Urbanism” school of design became popular. But the concept of walkable neighborhoods, range of housing types and community building isn’t new. Today’s mixed-use is a 21st-century upgrade on developments and a way of life that actually goes back centuries.

The Concept – and History – of Mixed-Use
What, exactly, is mixed-use? The basic definition for mixed-use is that it focuses on integrating and interconnecting residential, commercial, retail and industrial/office usage. Based on that foundation, mixed-use can mean anything from a single building, to a city block, to an entire neighborhood.

Entire neighborhoods, in fact, entire villages, were mixed-use enclaves. Before cars and trains became modes of transportation, the local village was where individuals lived, shopped and worked. Walking was the only mode of transportation, aided, at times, by horses. And, in fact, most people worked out of their homes. “Working from home,” another newish concept, was a given at various points in history.

This was the state of affairs, at least, until the Industrial Revolution. But then came factories, mass production, trains, cars – and land-use zoning. The early modernists of the late 19th century believed that human functions could be separated into housing, commercial and industry – with roads and mass transit in between.

Cars could take employees from their homes in the suburbs to their downtown offices. Those cars could also take people from their homes to the local mall. As sidewalks disappeared, so did the ability to walk from place to place. Urban sprawl and ridiculous commuting times took the place of well-thought-out cities.

The Pendulum Swings Back
The New Urbanism’s mixed-use movement of the late 20th century-early 21st century was a reaction to, and resolution of, urban sprawl. Mixed-use developments began springing up in the mid-2000s. While several projects were put on hold during, and in the aftermath of, the Great Recession, more are coming online these days.

But today’s mixed-use communities are different from the villages of the past. Entertainment has changed, as have work habits. We are in a “shared economy,” which means shared rides (Uber and Lyft), shared office space (WeWork and similar spots) and even sharing homes (Airbnb), which are taken into consideration when developing housing and office spaces. Walk scores and transportation are factors people consider today when determining where to live. Drivability is all but out.

Plus, mixed-use developments are going north in auto-centric areas, which hasn’t been done before, and which is leading to the inevitable conflicts. Redondo Beach, CA for example, recently placed a moratorium on mixed-use developments. Housing isn’t the issue; according to the city’s council, there is plenty of affordable housing to be had. There are, however, concerns about traffic, not to mention worries about over-burdening the school system.

Still, mixed-use projects over the past decade in Los Angeles have been incorporating some variations of those elements from the past into modern incarnations that reflect design preferences, technological advances and smarter planning. For example, traversing through Playa Vista on Los Angeles’ Westside it is easy to see the evolution of what planners envisioned decades ago. The project has matured into a smart blend of office, retail and housing uses in a more suburban coastal setting. In DTLA, the Wilshire Grand Tower marries a dynamic mix of retail at the ground levels with office and hospitality uses in an urban core environment. Yet in other suburban locations in Los Angeles, one finds different embodiments of the mixed-use theme being added into more traditional retail settings such as Westfield Century City and Caruso’s Americana at Brand, which weave residential into the mix.

In higher-density downtown markets, people find living and working in proximity to be an attractive option, from a convenience aspect as well as a cost standpoint. Transit-oriented developments have arrived in the urban core of Los Angeles. Examples include Blossom Plaza in Chinatown, where Johnson Fain designed an expansive public plaza that connects the mixed-use project to a Metro Gold Line station and a central shopping street. Also, LA Plaza Village, which recently broke ground in downtown, will feature a pedestrian paseo that connects Union Station to nearby historic destinations, the Civic Center and the Performing Arts District, as well as a rooftop food garden, grocer and multiple dining options.

Outside of DTLA, other mixed-use projects include Lowe’s Ivy Station, a more than $300-million transit-oriented development adjacent to a Metro Expo line station in Culver City. The 500,000-square-foot mixed-use project, which will be one of SoCal’s largest TOD’s, is located on a 5.2-acre urban infill site at Venice and National boulevards, and slated to be complete in fall 2019. Another interesting mixed-use megadevelopment on the horizon on LA’s Westside is Hines’ and the Martin family’s Martin Expo Town Center. The 807,000-square-foot project on a 4.6-acre site at 12101 W. Olympic Boulevard will include 619 apartment units, as well as 150,000 square feet of office space and about 100,000 square feet of retail.

Those in the commercial real estate industry must be prepared for more mixed-use demand. With the concept of “live-work-shop/play” in one location engrained in the human DNA, the projects being planned and built represent people returning to their villager roots.