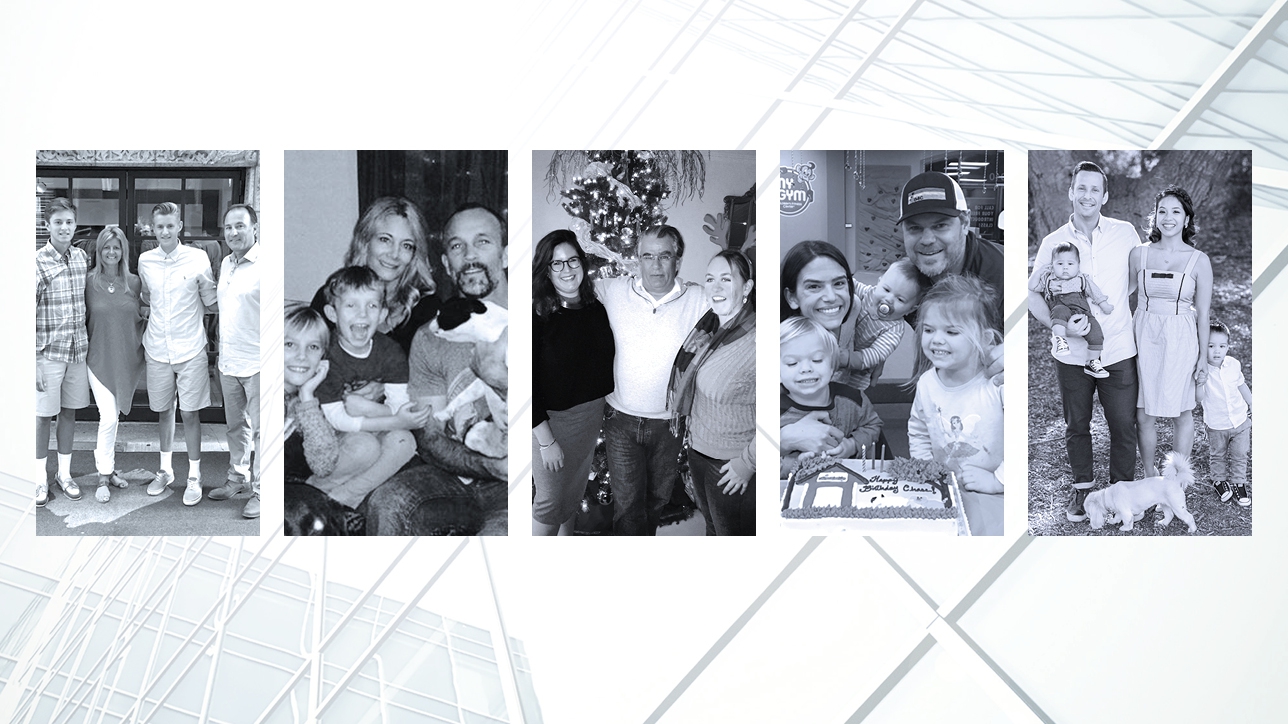 AIR CRE’s board members are the perfect reflection of the organization they advise. Their dedication to Southern California shows in their actions and activities, as does their dedication to the region’s commercial real estate community.

This is certainly the case of AIR CRE’s five new board members, whose insights and out-of-the-box thinking will bring even more vitality to the organization. They are seasoned commercial real estate veterans. They come from different backgrounds, represent all CRE product types, and entered the industry through different paths.

They are, however, linked by the passion and drive they bring to commercial real estate, to Southern California, and to AIR CRE.

Natalie Bazarevitsch, Senior Vice President, CBRE
Unlike her other AIR CRE colleagues, Natalie Bazarevitsch is not a Southern California native. Rather, she grew up in Toronto. Toronto was also where she started in commercial real estate; she was a CBRE intern during her college years. “After graduating, I was hired into pre-sales, knowing I already loved the entrepreneurial spirit and culture of the company, along with the overall industry,” she said.

And, as Toronto is also an active site for movies, Bazarevitsch became a movie extra during her winter and spring breaks from York University. She even read a line to Tom Cruise in the movie “Cocktail.” “Thankfully,” she said, “that line was given to another extra. I won’t share what that line was!”

She moved to Southern California with her L.A.-based husband – “after a festive Russian wedding in Toronto,” she said – and since then, added two sons to the family. And though she is in the movie capital of the world, she still prefers real estate over movies. “It was long hours, lots of fun and great money,” she said. “But a stint in the entertainment world made me appreciate the great industry that is commercial real estate even more.”

Tibor Lody, Principal, Lee & Associates West Los Angeles
Tibor Lody, like most of his fellow AIR CRE board members, was born and bred in Southern California. But his parents have different backgrounds. “My dad came over as a freedom fighter during the Hungarian Revolution in 1956,” Lody said. “My mom came here in the 1960s, and they met in Westchester.” Lody, his wife and kids also live in Westchester. “I’m one of the locals here,” he said.

Lody majored in Finance at Loyola Marymount University, but once he graduated he realized other interests. “At LMU I took a real estate course which I really enjoyed. I also had a couple of friends working in the industry, and it appealed to me, so I decided to interview with some companies,” he said.

In his off time, Lody coaches his son’s baseball and soccer teams; he had coached his daughter’s soccer team before she went on to club soccer. Lody also plays men’s soccer, something he’s done most of his life. “Outside of that, I keep fit and stay outdoors,” he said. “I work out as much as I can, so I can continue to chase the kids around.”

John McAniff, Managing Director, JLL’s Los Angeles Office
While John McAniff went through bank management training following college graduation, he ran into an older brother of a high school friend. “I told him how boring being a banker was,” McAniff recalled. “And he told me how much fun he was having in the real estate business.” Two weeks later, the friend’s brother told John about an entry-level position at his firm. “That’s how I went to work for John Cushman, at Cushman Realty Corp.,” McAniff said.

In addition to a degree from College of the Holy Cross, McAniff is also a NOLS Graduate. NOLS stands for National Outdoor Leadership School. “NOLS and Outward Bound are the recognized leaders in outdoor education,” he said. “So, for 12 weeks, I lived in Alaska, out of a backpack.”
He doesn’t backpack these days, though does enjoy hiking. The oldest of six kids, McAniff is dad to two adult daughters. And, after all his time in the industry, he still marvels about how he got here. “I’ve been in this field for 32 years,” he said. “And it was complete luck that got me into it.”

Jeff Sanita, Senior Managing Director, Newmark Grubb Knight Frank
If you want advice on industrial properties in Southern California, go see Jeff Sanita. And, if you want a from-scratch meal prepared, with all the trimmings, go see Jeff Sanita. When he isn’t chasing the latest industrial deal, Sanita is in front of a stove. Or oven.
“I grew up in a family that always cooked together, and ate meals together,” he explained, adding that his dad owned restaurants in Southern California, including Sanita’s native Orange County. “I know that the last thing most people want to do after a long, busy week is to start prepping for a meal. But it’s relaxing to me,” he added. These days, at least on his days off, he cooks for his own family, which consists of his wife, three young children, and an English Bulldog.

Sanita originally assumed his career would lead to the restaurant field. But an introductory course in real estate taught by Rocky Tarantello at the University of Southern California got him excited about the industry. “I decided to carve my own path,” he said. “No one in my family had ever been involved in real estate before.”

Rusty Smith, Director, Cushman & Wakefield
To the SoCal CRE community, Rusty Smith is an industrial broker, who came into the industry by process of elimination. Namely, he participated in day-long internships in a variety of fields, and found a good fit with commercial real estate.
And, to those who follow Olympic sports, Smith is the short-track speed skater who won two Bronze Medals at the 2002 and 2006 Winter Olympics.
So how does a Southern California native end up on ice skates? “I grew up about five blocks from where the Zamboni is manufactured,” he said. He began skating at a young age, when a coach asked if he wanted to try speed skating. “I said yes, then three years later, I was at the training center in Upstate New York,” he said.

He doesn’t skate anymore, though he remains active with his family, as well as with Cross Fit training and bike-riding. Nor is he shy about the connection between athletes and commercial real estate. “It translates in a lot of ways. You make your own hours, and it’s up to you how much work and how much you want to put into it, for what you want to achieve,” he said.