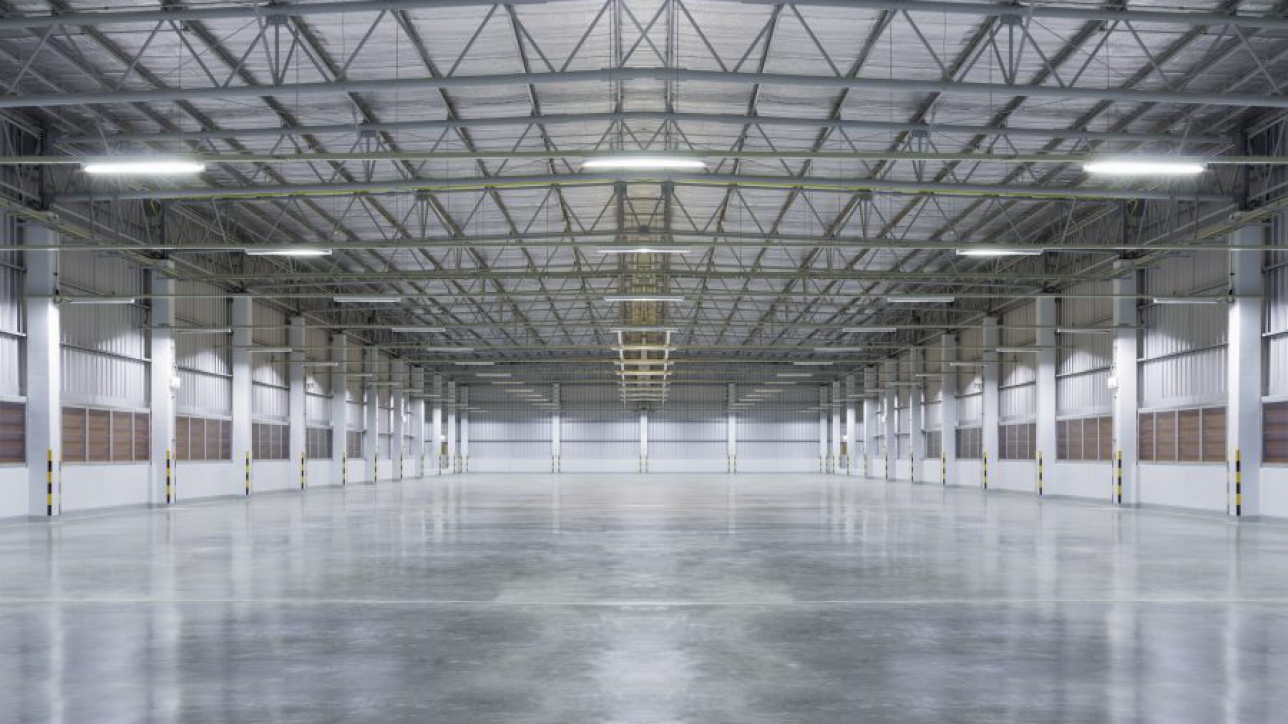 Consumers increasingly expect same-day and next-day order delivery, and that’s creating a necessity for manufacturers and retailers to find warehouse space in urban areas near consumers. That quest is shifting supply chain dynamics, and introducing new twists on the ubiquitous traditional mega-warehouse format.

Multistory industrial projects are a relatively mature product type in other global markets. That’s mainly because the creative solution solved a land constraint challenge faced in Asian markets such as Hong Kong, Singapore, Tokyo and South Korea. The concept is emerging in Europe, the Middle East and Africa, as well.

So far, there’s not been a massive movement to develop vertical industrial facilities. In fact, the U.S.’s first multistory distribution center only commenced construction earlier this spring. But that is expected to change.

Now that urban land prices are being driven up as a result of high demand for all product types, the emergence of vertical industrial facilities is expected to flourish in key U.S. markets, too. That trend will favor denser infill settings, especially those where e-commerce demands require innovative strategies to accomplish last-mile objectives.

It may be a bit early to forecast future demand for multistory warehouses, though markets primed for them include those that offer few land options for development near large or growing population centers. With several major cities around the country featuring industrial vacancy rates below 5%, and often less than 3% around ports, multistory warehouses are predicted to emerge in Los Angeles’ South Bay submarket and the San Francisco Bay Area, as well as New York City and Miami.

Multistory warehouse projects are more than the latest fad and owners and developers face unique obstacles in development. Mainly, because the cost of constructing a multistory warehouse could be at least double the cost of redeveloping an existing building. Owners will need to find tenants able to pay a premium for this type of space.

Essentially, these are warehouses stacked on top of one another and connected by a network of truck ramps, loading docks and cargo lifts to access upper floors. They are flexible, divisible and equally well-suited to manufacturing uses, as well as goods warehousing, which allows them to adapt to multiple modes of product storage and handling. Multistory facilities also increase the usable floor space per square foot of land.

The first multistory industrial project in the U.S. is a development by Prologis in Seattle, that got underway in April 2017 and is scheduled to be completed in 2018. The three-story, 589,615-square-foot multistory fulfillment center is located in South Seattle.

Prologis has built more than 20 multistory distribution facilities in Japan alone, and has projects in Singapore and China. The company is building another multistory facility in San Francisco, called San Francisco Gateway Industrial Center. The 1.16-million-square-foot project will be the largest industrial complex the market has seen in 50 years. The three-story complex is being built on 17 acres of land on a Bayview district site.

Prologis CEO Hamid Moghadam, noted when they moved forward on the project in San Francisco, “It makes sense in any urban area where land values are high, development pressures are great and land is scarce,” he said.

The factors driving the development of Prologis’ Seattle multistory facility included a market primed for construction, historic low vacancy rates, high job growth, consumer expectations for rapid delivery of online orders and rising transportation costs. Seattle’s industrial vacancy was 2.5% last quarter, and land values have risen by as much as 25% over the last two years, according to researchers at JLL.

Retailers and manufacturers simply needed to place e-fulfillment centers in urban locations, to be closer to customers and to maximize real estate, while reducing costs such as truck trips. Multistory operations in urban centers come with a price premium though. Analysts estimate tenants are expected to see rental rates at Prologis’ Seattle facility approaching 50% higher than standard warehouse rates.

WCL Consulting’s John DeCesare predicts rates in facilities closer to ports could be as much as three times what it might cost for 3PL services in other suburban markets outside of Seattle. A port-close location is expected to enhance time to market and balance out higher logistics costs, especially for high volume importers that deploy transload or crossdocking approaches.

The market conditions and hot e-commerce trend add up to a situation in the U.S. where space drivers and the value of land may lend well to multistory development.

Ernst & Young’s Andrew Hogenson, a Seattle-based retail consultant, believes those higher rates could make sense for many retailers who can save money on delivery costs by locating closer to customers. He says, the “model has changed.” Companies are “no longer just moving big volumes from one point to second point.” Remote distribution centers to big-box suburban stores are giving way to smaller volumes being moved to many points. Retailers could lose sales if they can’t reach customers quickly, he notes.

To help e-commerce retailers capture more sales, there’s are some new wrinkles that may work their way into future versions of the product type. Once such innovative type of multistory industrial facility envisioned by Amazon would be drone served. The giant online retailer filed patents for a “multi-level fulfillment center.” These would differ from traditional industrial product in that they would be located on a smaller-sized site in dense urban markets, and feature tall, circular buildings. Ground-level loading docks would be augmented with dozens of window-docks on upper levels for Amazon’s drone delivery fleet.