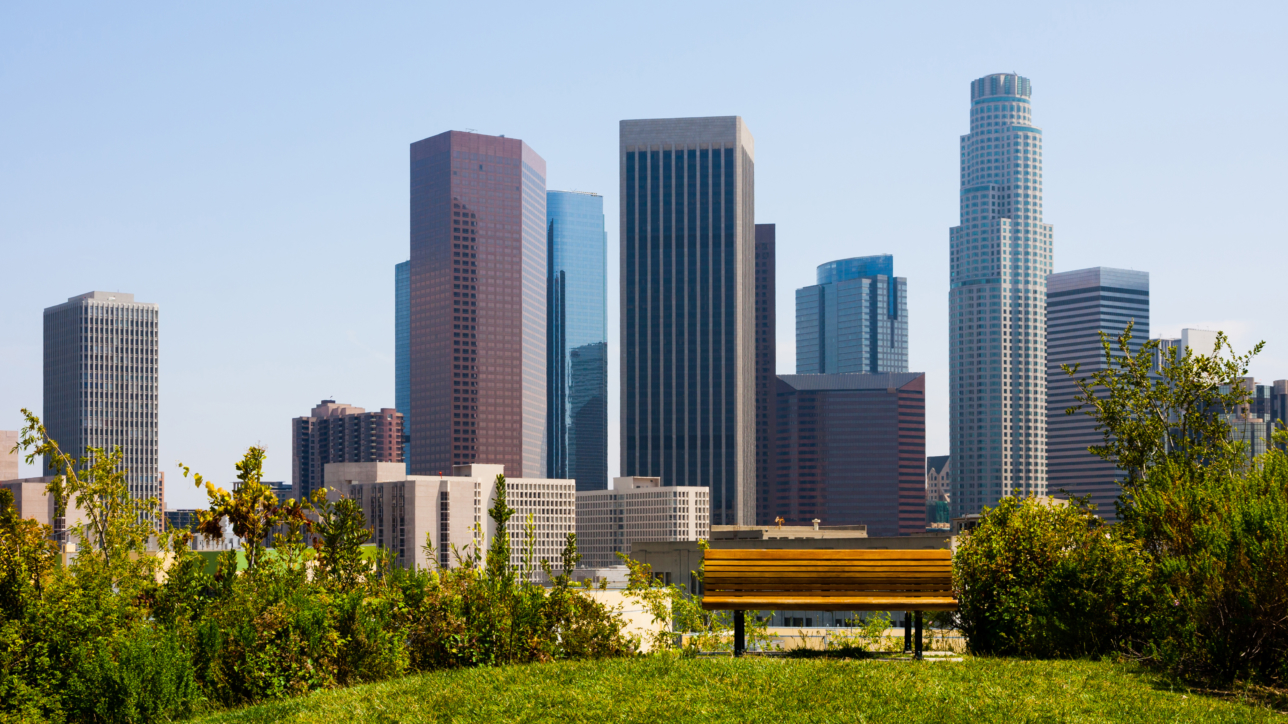 In March 2018, Los Angeles Mayor Eric Garcetti tapped Christopher Hawthorne as the city’s first Chief Design Officer. Hawthorne, previously the architecture critic for the Los Angeles Times, was slotted in the new municipal role to “improve the quality of civic architecture and urban design across Los Angeles.” according to a press release. Within his role, Hawthorne brings a unified design vision to projects that are shaping the Los Angeles urban landscape. With the development booms that are happening in Downtown Los Angeles, South Park, Koreatown, Hollywood, and in nearby cities of Inglewood, Long Beach and Santa Monica, such a role is a forward-thinking addition at a crucial moment as the city gears up to be on a world stage when the Olympics arrive in 2028.

In an interview with L.A. Curbed, Hawthorne acknowledged the many needs of the city, ranging from more affordable housing to improving the design and functionality of the city’s public spaces. As he noted: “The central focus of my work will be the public realm, and the heart of the public realm, in all sorts of ways, is the sidewalk.” Far more than just building sidewalks, Hawthorne will drive an ambitious design and architecture agenda for Los Angeles projects, while being a unifying force in between new housing and new transit so that TOD projects have a cohesive and integrated design. This role will integrate with Los Angeles Metro’s massive development projects under Prop M, and the joint development of housing and mixed-use properties – of which 30% of housing must be affordable.

Hawthorne is excited for the challenge. “Not only are housing and homelessness at the top of the list in terms of the city’s challenges, in some ways they are the list right now. I don’t know that too many big issues are separate from the housing conversation at the moment,” he indicated in a conversation with Curbed. Hawthorne will tackle where new affordable housing can be built, how quickly, and the overall question of expanding the amount of housing in Los Angeles, all of which are major goals and themes of Mayor Garcetti in his second term.

Hawthorne’s views are backed by a growing body of research. Urban planning articles and experts have been focusing on the concept of new urbanism, which goes beyond a typical developer’s vision of a live-work-play mixed-use development. Rather, one idea of new urbanism should involve public spaces that foster inclusiveness, socialization and engagement. In other words, spaces and structures that serve the public.

Architecture and design in any city are something that evolve over decades and centuries, building layers over eras and styles. While serving a relatively long term by City Hall standards, 5 ½ years, Hawthorne will be the first to try to make sense of the design and architecture of new projects and integrating them with the fabric of the city, a challenge under any standards. All of this will happen with the clock ticking to 2028, when the Olympics return to Los Angeles. Hawthorne told the New York Times that he was excited about the deadline, stating “It’s rare that a city has that kind of civic deadline. It’s really an ideal time frame. It’s long enough to take on some ambitious projects, but not so distant that it feels too abstract and too far-off. We have housing and transit funding in hand that was approved by voters, so bringing that all together and leveraging it is key.”

Ambitious goals and ambitious deadlines, both the Mayor and Hawthorne are approaching this new role and initiative with gusto.  In Hawthorne’s parting note in the Los Angeles Times, he described asking the Mayor his vision for what would be done well at the end of his term. Garcetti responded with, “We’d begun producing better buildings and better public spaces, but also discussing design in a more sophisticated and nuanced way in Los Angeles. We’d have innovative public spaces and new landmarks to point to — a superb skyscraper on its way up, an impressive public building by a dynamic young firm, street design that keeps pedestrians and cyclists from feeling like second-class citizens — but also a more robust dialogue about architecture and planning.” Just a few months into his role, it’s exciting to see the way that this position will shape urban design and urbanism, and impact the public space, transportation, and housing.