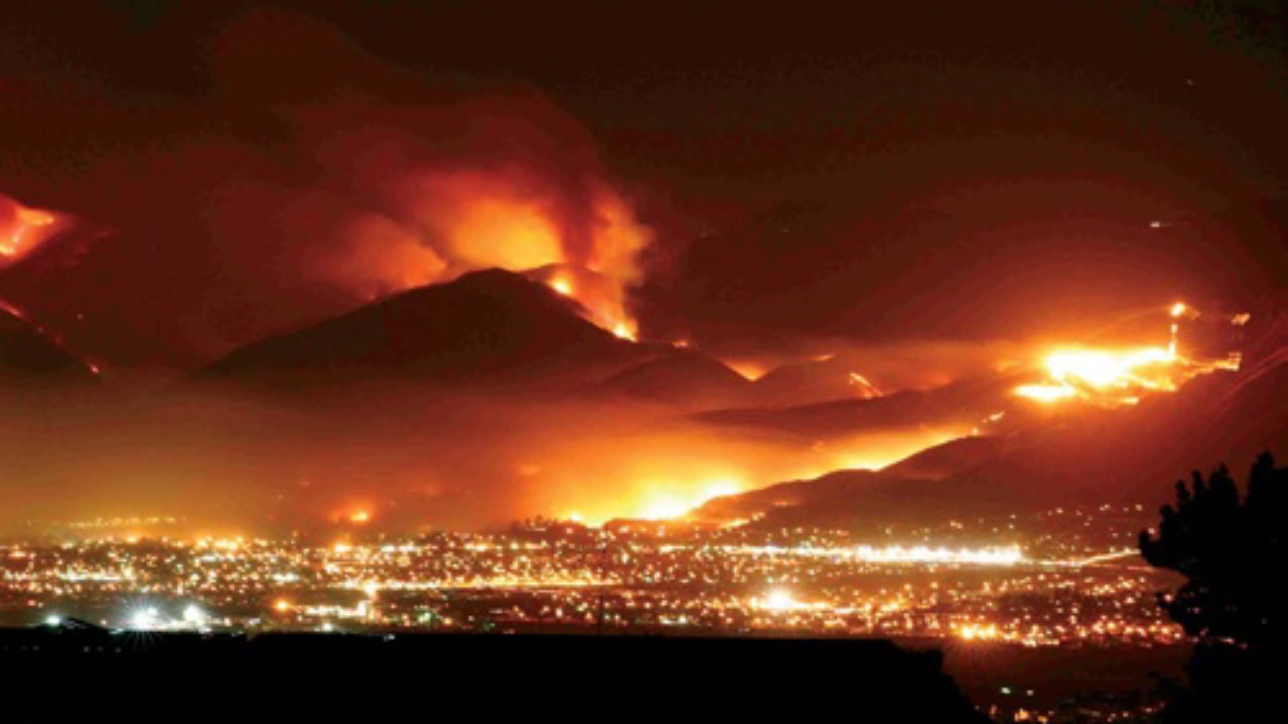 Wildfires have created havoc in California this year. During summer 2018, the Mendocino Complex Fire in Northern California charred more than 459,123 acres, becoming the largest wildfire in the state’s history. In the Sacramento Valley, the Carr Fire was newsworthy, not just because it burned 358.8 square miles, but because it created a large firenado. As of early September 2018, insurance losses for both fires had topped $845 million.

Other fires in Southern California included the Keenbrook and Valley Fires (53 acres and 1,250 acres, respectively in San Bernardino County); and the Holy Fire, impacting 23,136 acres in Orange County. Los Angeles was not immune — in spring 2018, a wildfire in Griffith Park shut down the Griffith Observatory, while a brush fire on the Sepulveda Pass, near the Getty Center, burned 475 acres, destroying at least four homes and damaging 11 others.

The immediate aftermath of a wildfire — charred homes, shuttered businesses, destroyed infrastructure — impacts the economy. That impact can also be experienced long term as well, long after the fires are extinguished.

Though specific economic information concerning the 2018 wildfire season has yet to be calculated, researchers studying connections between wildfires and economics break the impacts into two parts:  Near-term and long-term.

Near-term impacts occur during and in the immediate aftermath of a wildfire. These can include, but aren’t limited to, lost property and homes, aid for temporary shelters and efforts put toward stabilizing hillsides and ecosystems. Then there are the suppression costs — in other words, putting out fires.

The California Department of Forestry and Fire Protection (CalFire) noted that, from 2013-2018, costs for fire suppression more than tripled from $242 million to $773 million. In July 2018, the state spent more than $114 million in fighting fires — that’s about one-quarter of its emergency fire budget for a fiscal year that doesn’t end until June 2019. More monies dedicated to fire suppression and control means less funding available for other state business. In 2017, California state agencies spent close to $1.8 billion fighting wildfires that killed dozens, and destroyed thousands of homes and businesses.

In a more recent move, Pacific Gas and Electric Co. pre-emptively cut power for approximately 87,000 customers in 12 Northern California counties, due to an increase in gusty Santa Ana winds and low humidity. The connection between electricity and wildfires? Power lines, which can be blown down, and create sparks among dry fuels. But no electricity means a reduction in business that can be conducted, which could, in turn, lead to economic loss.

As impactful as the immediate wildfire aftermath can be, Headwind Economics pointed out that 65% of wildfire costs are accrued long term, and can include the following.

Lower property values. Charred property is not as valuable as uncharred property. Lower property values mean lower taxes on those properties. This, in turn, exerts a hit on municipal budgets, meaning  less money available for services that range from street repairs to municipal employees’ salaries. Topping this off, people can leave their homes and communities following a wildfire event, and might not return. This can also reduce a community’s tax base. With business relocations are highly dependent on talent in a particular area, a population reduction can also take its toll on the number of corporations wanting to move to an area.

Infrastructure and ecosystem repairs. What isn’t considered in a wildfire event is that roads, power lines and watersheds can take a hit, and need to be repaired. Many wildfires in Colorado and California destroyed power lines, sewers and roads. Furthermore, these fires also resulted in loss of endangered species habitat and landscape destruction, which also required monies to assist with repairs. Forests that are burned to the roots mean a higher chance of floods, which can further crumble an infrastructure system.

Lost business and tourism revenue. Businesses around Yosemite Park this past summer lost millions of dollars in revenue because of the Ferguson Fire, which impacted the Sierra and Stanislaus National Forest in California. Skydive Yosemite and Yosemite Bug Rustic Mountain Resort both saw profits dwindle; the hotel had to lay off staff.

The outlook isn’t offering much reassurance. According to the National Interagency Coordination Center, the fall outlook for California includes “above normal significant wildland fire potential” for the southern part of the state, due to dead fuel moisture and continued high winds. Basically, “this fall may be drier than normal, with significant rainfall activity possibly occurring 4-6 weeks later than usual,” the NICC said.

In summary, California wildfire costs range from fire suppression to long-term recovery. Though recovery efforts can provide a short-term stimulus, the overall economic impact is negative, with business and population losses, skyrocketing insurance premiums and fewer resources for municipal services.