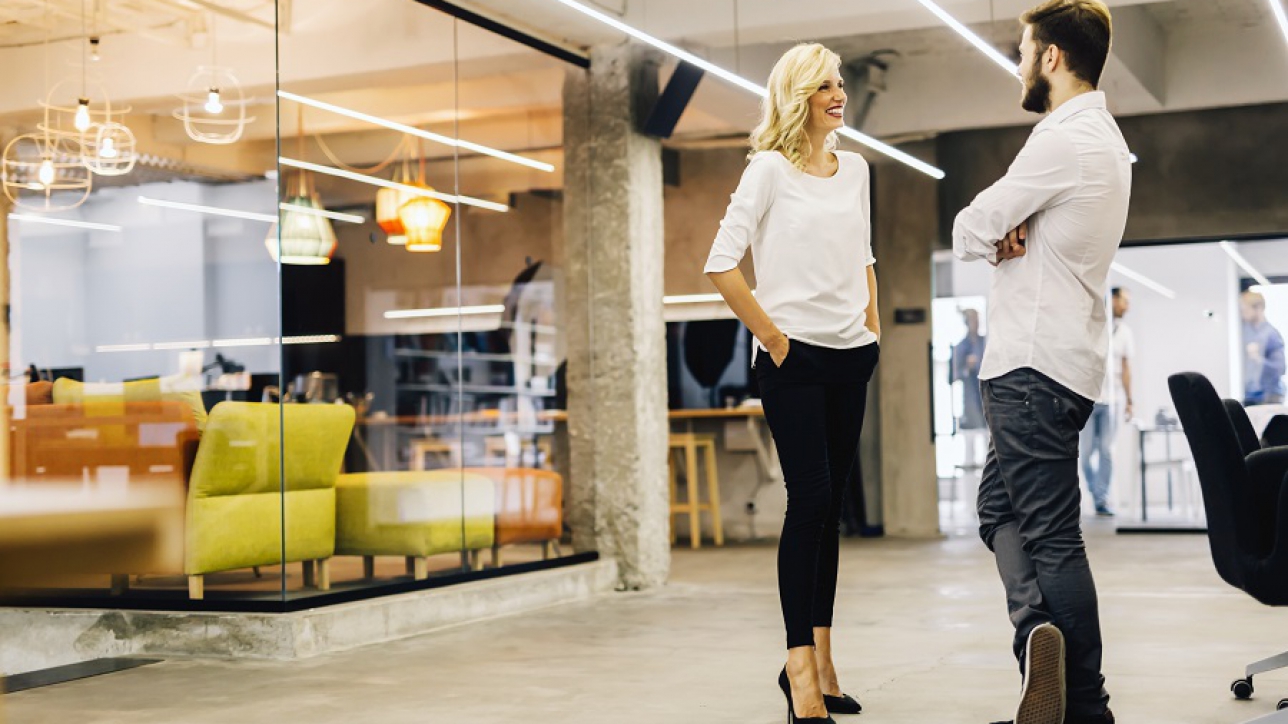 Mention the term “cowork,” and what might come to mind are scads of young adults, seated on comfortable couches and chairs, and typing away on their laptops and/or tablets. While it’s true that most cowork centers these days feature homey surroundings and plenty of WiFi, architect firm HOK defines the concept well as “a membership-based environment where the self-employed, or people with different employers, work in a casual community atmosphere.”

“Community” is key here. The Global Coworking Survey 2017 pointed out that the majority of people surveyed globally select coworking space because of community building. Other global stats: 62% like coworking because of the socialization and enjoyable atmosphere, while 58% like it for interaction with others. Others claim to get more work done in such an atmosphere.

In Southern California, the cowork concept has been warmly embraced, partly due to the growing tech sector, and partly because of growing unavailability and expense of more conventional office space. Start-ups, especially, are not interested in signing a long-term office lease. As such, the L.A. area’s coworking spaces offered by WeWork, BLANKSPACES and Cross Campus, become an intriguing alternative, offering unlimited WiFi, plenty of desk space, outlets and dedicated offices/desks, and free coffee, drinks and snacks.

Cowork space in Southern California, as elsewhere, fits into a trend that Cushman & Wakefield defines as the “gig” economy. “Gig” workers are consultants, contractors, freelancers or temporary workers; companies hire them on an as-needed basis. The benefit for the gig worker, meanwhile, is flexibility.  Cushman & Wakefield estimates that 40% of the workforce will be freelancers, independent contractors and “soloprenuers” by the year 2020.

However, in recent years, it isn’t only the gig workers and independent contractors that like coworking space. Such centers are also being used by established companies.

Once upon a time, corporations marked success and prosperity by taking down space in the fanciest, Class A building available. But, times are changing. Employees are working remotely, square-foot-per-person numbers are sinking, and younger workers have no use for status offices. For the corporation that wants to expand in several locations, or wants to provide its remote workers a location from which to work other than a local coffee shop, cowork centers are providing a good alternative.

Deskmag’s metrics showed that, in 2016, cowork centers’ flat-rate membership (compared to desk rentals) were on the rise. In addition, 47% of U.S. cowork users were freelancers and 34% were employees from 2011-2012. But those numbers flip-flopped in 2015-2016, with 51% of coworking membership consisting of employees, versus 32% of which were freelancers.

Though the metrics, above, don’t prove that corporates are flocking to cowork centers, the anecdotal information tells another story. According to HOK, Silicon Valley Bank rents 200 desks in WeWork offices, and is WeWork’s largest corporate client. Meanwhile, in Washington, DC, the American Society of Interior Designers sold its building, and temporarily housed 25 employees in a cowork center. And, in Boston, General Electric set up 20 workers in a Boston WeWork space, while its permanent space was being finished out.

Basically, while coworking was once the province of freelancers and small business start-ups, it’s now becoming a favorite spot for remote workers who are employed elsewhere, and even corporations. There is a reason why, according to CBRE’s Genesis Report, the traditional workplace is likely to be in the minority by 2030.

Though cowork centers might be regarded as competition to the more traditional office, the advancement of cowork centers can be helpful within a commercial real estate plan. For a building owner or landlord, such a center could offer a potential outlet for hard-to-lease or excess spaces, and can even help reinvigorate older spaces by attracting younger workers, and generating buzz. And, for occupiers, partnerships with cowork centers can help attract younger workers who like flexibility, while providing a means of scale, without long-term lease commitments.

HOK points out, however, that there are some issues impacting the cowork industry to keep an eye on. For one thing, the coworking concept has yet to undergo a complete economic cycle, including a downturn. Additionally, a good chunk of cowork centers’ revenue still comes from small business owners. As such, a coworking center is only successful as its small business owners. Finally, cowork center market saturation is already occurring in small towns and cities within established markets, though demand is starting to increase within the secondary markets.

Still, there is little doubt that cowork centers are moving from being a novelty to presenting a viable office space option for corporations and their employees. As such, those working in the CRE office sector need to understand how coworking locations fit into an employer’s overall plan.

Cowork Centers, From the Fringes to the Mainstream May 10th, 2017Maria Verdin