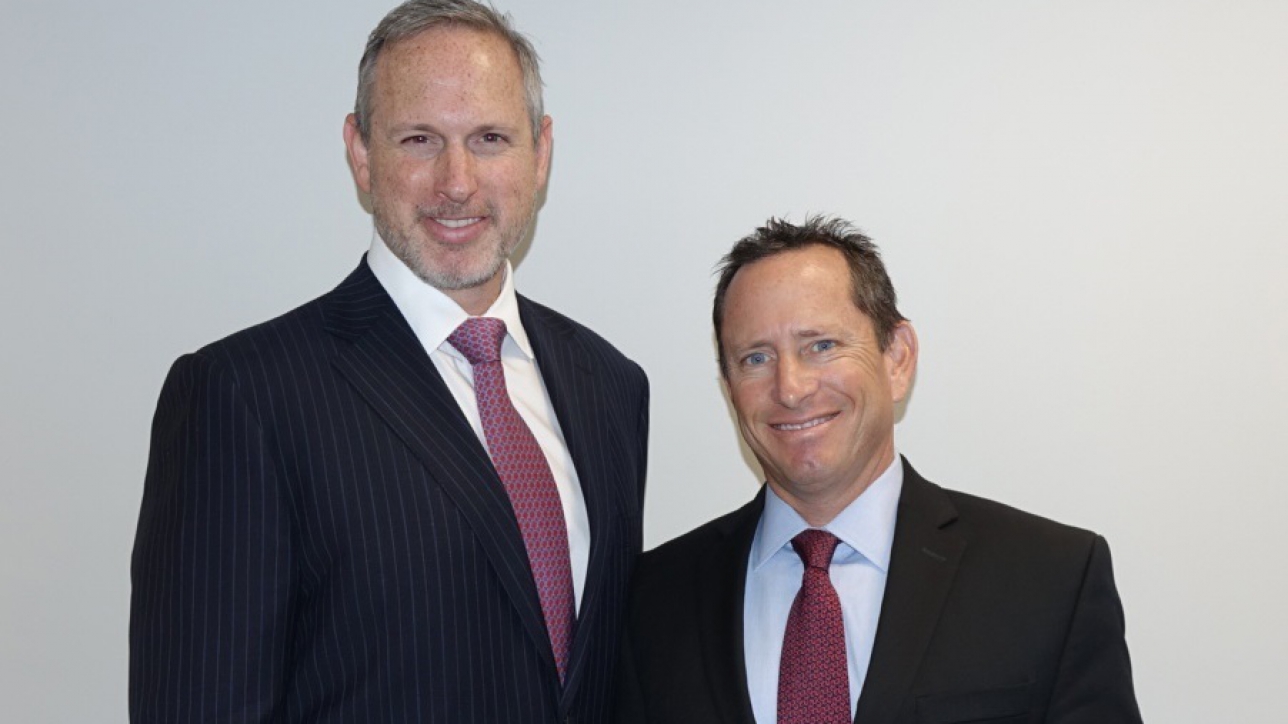 Corey Spound, past AIR CRE president and current board member, attributes his more than 25 years of success in commercial real estate to fortuitous timing and the Golden Rule, to treat others the way he wanted to be treated.

Spound began his career in commercial real estate in 1992, under the guidance of past AIR CRE president Chris Stauff, who was with Beitler Commercial Real Estate Service. Stauff was also a known entity; he had sold a real estate project on Lincoln Boulevard in Los Angeles (now the Otis Parson School of Design), to the Spound Co., which Spound’s father owned and operated.

In 1999, Spound joined The Staubach Co. as a Vice President and in 2008, when JLL acquired the company, he served as an Executive Vice President in JLL’s Markets division.

More recently, Spound departed JLL to co-found Tamarack RES, Inc., with David Kaufman, his business partner of over 20 years and childhood friend.
“The name Tamarack is an homage to our first real estate investment back in 1997 on Tamarack Ave. in Inglewood, part of what was formerly Toyota of Inglewood,” Spound said. “The entrepreneurial spirit and belief in real estate that prompted us to invest in commercial real estate some 20 years ago, and the growth that stemmed from that initial leap-of-faith, is the same reason we founded Tamarack RES.”

Spound and Kaufman go back to fourth grade, and they attended grammar school and high school together. The duo also attended Tulane University in New Orleans. “I went to Tulane because they let me in,” Spound said with a laugh. “Nowadays, it’s hard to get in, but in those days I had applied to a couple of very ambitious Ivy league schools, and when I didn’t get accepted, Tulane was my back-up. In retrospect, I feel lucky things turned out the way they did.”

After Tulane, Spound and Kaufman set off in separate directions. While Kaufman ended up at UCLA’s Anderson School of Business, Spound found himself at loose ends. Armed with an English Literature undergraduate degree, he toyed with the idea of being a writer but, “that just wasn’t pragmatic, in economic terms,” he said. He was working what he termed a “pedestrian sales job” when his father suggested Spound become a broker, and eventually join the family business.

“The family business fell apart not long thereafter,” Spound recalled. “Looking back, having to make it on my own was good for me. Finding my own legs in real estate took a while, but I’m happy the events of my career unfolded the way they did.”

In some ways, Spound’s journey was like two paths that diverged in a wood, with him taking both roads. One path led Spound in the direction of industrial and commercial real estate brokerage with Beitler Commercial, The Staubach Co. and JLL. At the same time, while at Beitler, he reunited with childhood friend Kaufman, who was at Marcus & Millichap at the time. The two launched Tamarack Associates, LLC and buying their first asset in Inglewood, CA.

Today Tamarack Associates, LLC and Tamarack RES, Inc. handle all manner of activity. “Our investment, brokerage and asset management outlook and scope includes retail, industrial, office and multifamily asset classes. Our service lines include landlord and tenant representation,” Spound said. “What we’ve learned over the years is that this business is a relationship business and that the more we treat people the way we want to be treated, the more we engender goodwill, trust and loyalty among our friends and clients; we aspire to live by the Golden Rule.”

This is not to suggest that Spound’s sole focus is work. He is happily married to his loving wife, Cheryl, who he started dating some 25 years ago – just about the time he started his real estate career. They have two children, 14-year-old son, Sam, and 11-year-old daughter, Stella, that bring them tremendous joy and keep them busy.

Spound is also involved with nonprofit industry endeavors, including long-time service on the board of AIR CRE, as well as community activities such as work with the Jewish Federation of Los Angeles. He has also represented, and been involved with, the American Red Cross, Project Angel Food, Walden House and the Independent School Alliance for Minority Affairs.

Spound expressed gratitude for his relationship with AIR CRE’s professionals and board members and for the connections he’s developed over the years. “This is a very exciting time in my life,” he remarked. “After 25 years of working within the apparatus of other organizations, we finally have created our own home and our own identity. We hope this new home will be a place where we and others with whom we work can add value for our clients, and where we can continue to invest in good opportunities and in good relationships.”