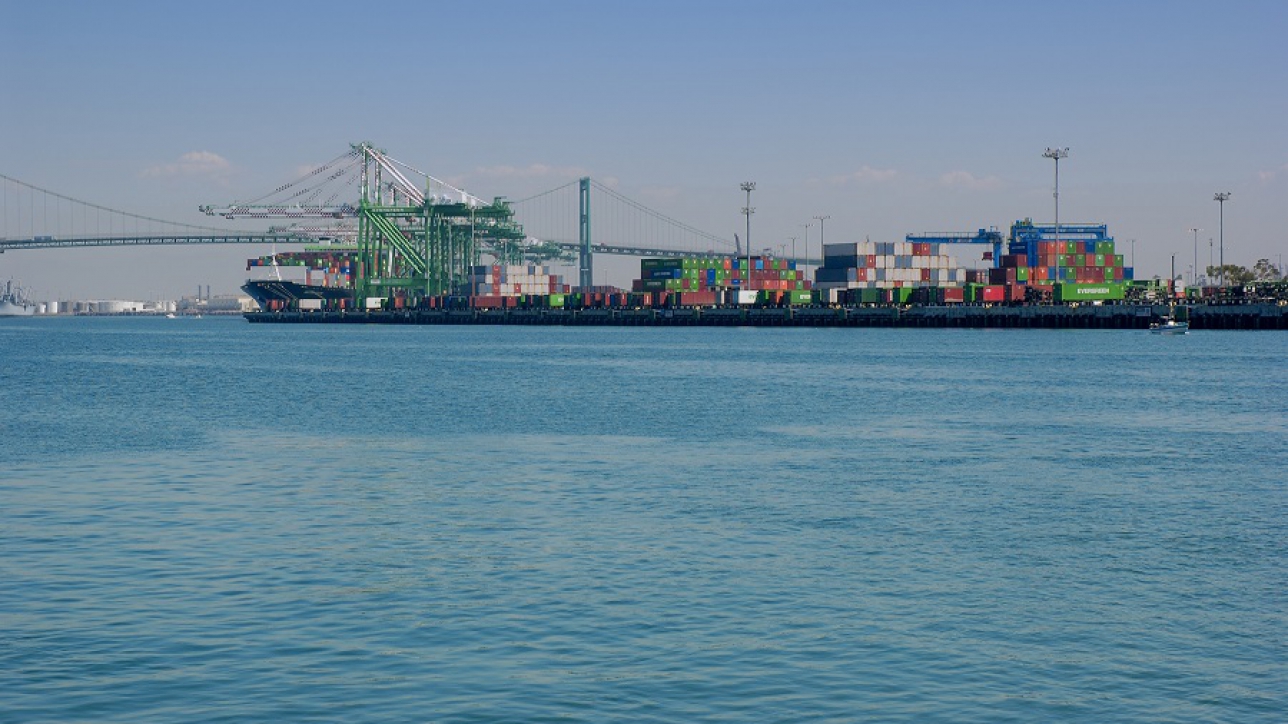 From an environmental perspective, maritime ports of call tend to be loud, smelly places. Ships regularly dock, unloading cargo and passengers. That cargo, in turn, is loaded on trucks, which bring the product inland. Ships and trucks spew dangerous emissions into the air, and create a great deal of noise.

These activities, and others, prompted the Organization for Economic Cooperation and Development (OECD) to proclaim that, while efficient ports are important for economic development, the activities within and around these ports “can cause a number of negative environmental impacts.”

The Ports of Los Angeles and Long Beach, also known as the San Pedro Bay Ports, are no stranger to environmental issues through their operations. However, the release of the Clean Air Action Plan in 2006 has put both ports on the path toward creating healthier environments and a reduction in emissions.

What the OECD Found
In 2011, OECD released its study “Environmental Impacts of International Shipping: The Role of Ports.” The report studied and environmentally analyzed international maritime ports of call. The Ports of Los Angeles and Long Beach were among those mentioned.
Relying on data from the mid-2000s, the OECD placed the San Pedro Ports under an unfavorable spotlight, pointing out that port activities made up 9% of nitrogen oxides (NOx), 12% of diesel particulate matter (DPM) and 45% of Sulphur Oxides (SOx) of the Los Angeles area’s total emissions. Overall, the report blamed the shipping sector’s use of “inferior fuel,” as well as high-emissions grounds vehicles as part of the reason for poor environmental air quality among international ports.

Springing into Environmental Action
In the same period as the OCED’s San Pedro Bay Ports statistics, the ports themselves, collaborated to create and release its own report and initiatives. The Clean Air Action Plan (CAAP) was geared to “significantly reduce the health risks posed by air pollution from port-related ships, trains, trucks, terminal equipment and harbor craft.” In addition to requiring constant air quality monitoring throughout both ports, the plan focused on a variety of initiatives including:

Clean Truck Program. The program placed bans on all trucks that didn’t meet 2007 Federal Clean Truck Emission standards, while requiring that older trucks be replaced with low-emission vehicles. The newer the truck (and the less its emissions), the more likely it will be able to travel onto port grounds.

Environmental Ship Index Program. This voluntary program rewards vessel operators if they are able to reduce DPMs, greenhouse gasses and NOx emissions. The incentives are financial, and they become higher if the ocean-going vessels rely on cleaner technology and newer ships.

Technology Advancement Program. Both ports are actively seeking proposals for development of treatment systems that can help capture exhaust emissions at the ports. Proposals are due in late February 2018.

The good news is that, in the 10 years since CAAP was released, a detailed emissions tracking and inventory system showed that:
• DPM dropped by 85%
• NOx emissions fell by 50%
• SOx declined by a whopping 97%

These numbers, according to the ports, exceeded the 2014 Clean Air Action Plan goals.

Looking to the Future
In December 2017, the San Pedro Bay Ports announced CAAP updated goals and initiatives, which includes the following targets.
• By 2020, reducing population-weighted residential cancer risk of port-related DPM emissions by 85%.
• By 2023, reducing port-related emissions by 59% for NOx, 93% for SOx and 77% for DPM
• By 2050, reducing GHGs from port-related sources to 80% below 1990 levels

To reach these goals, both ports will move toward zero-emissions infrastructures and strategies that include freight efficiencies, continuing to phase out older trucks, requiring terminal operators to acquire zero-emissions equipment (when feasible) and expanding use of on-dock rail to encourage more cargo to leave the ports by train, rather than by truck.

Though maritime ports of call, by their nature, can never be 100% clean, the Ports of Los Angeles and Long Beach are doing their best to reduce emissions. The continued plans of both ports can help insure that the air isn’t filled with so much junk, and that people in and around the region can breathe more deeply.

Clearing the Air at the Ports of Los Angeles and Long Beach December 27th, 2017Maria Verdin