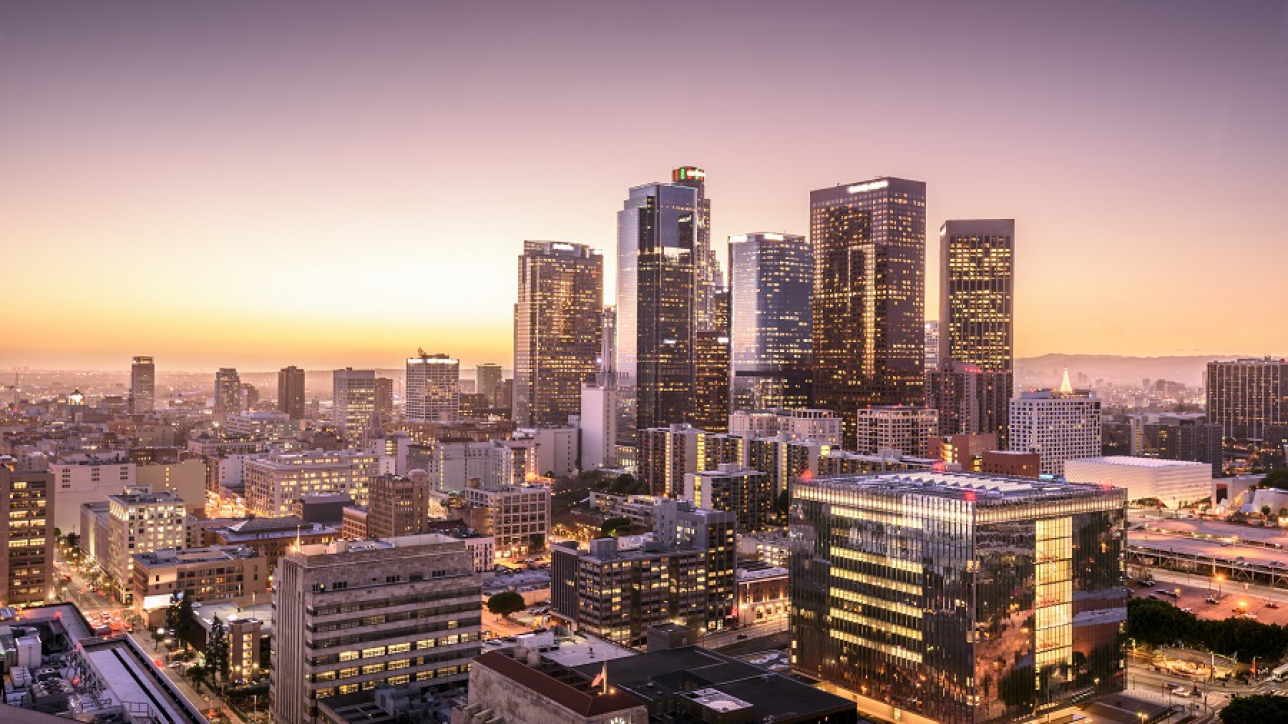 Two unrelated decisions reached within nine months of the other share a common bond and are expected to have significant impacts across Los Angeles for decades. The first occurred in November 2016, when voters in Los Angeles overwhelmingly approved Measure M, a massive transportation ballot measure. That was followed in August 2017 when Los Angeles officials reached an agreement with the International Olympic Committee (IOC) to host the 2028 Summer Olympic Games.

The connection between these two independent actions is clear and obvious. The success of both depends on the other. Without an improved and expanded transportation system, the Olympic Games would not proceed as smoothly as possible. Nor would Los Angeles’ position as a leading global city be solidified without the boost it will receive from the attention and infrastructure investment associated with hosting a grand-scale event.

Partner Engineering and Science Inc.’s Joseph P. Derhake said, “In the immediate future, preparation to host the Olympics will proliferate and hasten the influx of funding for commercial real estate and infrastructure, creating a boomerang effect on job creation. Accessibility of different neighborhoods will be aided by an aggressive 40-year plan to upgrade Los Angeles transit, including metro rail, buses, downtown streetcars and highways. Indeed, the Olympics may function as an important catalyst to expand commuting radius and set firm deadlines for construction and completion of projects.”

Examining each decision provides insights into what’s behind them, what is involved, as well as how they are expected to play out over the coming decades. First, Measure M’s approval by more than 71% of voters signals Angelenos are fed up with gridlock, and are actually willing to do something about it in the form of a half-cent sales tax.

The dire need for improved transportation is reflected in the fact Angelenos spend an average of 81 hours a year stuck in traffic. LA County’s population of 10.2 million people today is projected to grow by 2.3 million people in the next 40 years. That growth will only exacerbate traffic congestion and air pollution problems. Measure M raises money to meet those needs.

Measure M is expected to generate an estimated $860 million a year in 2017 dollars dedicated to transportation via voter-approved permanent sales tax hikes. It would create 465,690 new jobs across the region with proposed projects expected to be built over a 40-year period.

Measure M is actually part of Metro’s Long Range Transportation Plan (LRTP), which has drawn revenue from Proposition A, Proposition C and Measure R, as well as funds from local, state and federal sources. That’s all funneling to projects that improve mobility and provide more transportation options. The public transit program is being enhanced by investing in the bus system, while expanding the rail system.

Those efforts have already resulted in the extension of the Gold Line from East LA to Azusa; the Expo Line Extension to Santa Monica; extension of the Orange Line to Chatsworth and “ExpressLanes” on both the 10 and 110 freeways. Construction is also underway on the Crenshaw/LAX Line, DTLA Regional Connector and Purple Line Extension. A 3.9-mile first section of the Purple Line Extension runs from Wilshire/Western to Wilshire/La Cienega with stations at Wilshire/La Brea and Wilshire/Fairfax. A second section to downtown Beverly Hills and Century City and a third section to Westwood are scheduled to be completed in the mid-2020s.

The biggest public transportation projects anticipated to open in the next 11 years when the Olympics are staged include these four:

This is a rapid, heavy-rail service running under most of Wilshire Boulevard that extends the subway nine-miles from its current terminus at Western Avenue, all the way to the VA hospital, west of the 405 freeway. It promises a 25-minute ride between Downtown LA and Westwood. Measure M funded sections include initial stops at Wilshire Boulevard and La Brea, Fairfax and La Cienega, followed by a second portion of tracks with subway stations at Wilshire/Rodeo, Century City, Westwood, and the VA Hospital.

The 8.5-mile Crenshaw Line will connect the Expo Line to the Green Line, adding light rail service south from the Expo/Crenshaw Station through Leimert Park, Crenshaw, Inglewood, and portions of unincorporated LA County. Eventually, it will also allow travelers to reach LAX by train. By 2024, Metro plans to add a station near 96th Street/Aviation Boulevard, which connects to the LAX Automated People Mover, allowing easy, car-free transportation to the airport.

The LAX Automated People Mover will have six stations, including three serving various terminals, and three stations will serve “Intermodal Transportation Facilities,” as well as a consolidated rental car center. It is expected to help relieve congestion in and out of LAX. Travelers can take a train to the airport from stations on the Crenshaw and Green Lines. The mover is expected to be a key component of an improved Olympics experience.

The 1.9-mile Downtown Regional Connector is being hailed as the “missing link” in Metro’s rail system. It will connect the Gold Line directly to the Blue and Expo Lines. The regional connector adds three new train stations in DTLA including a Little Tokyo/Arts District station, one at Second Street and Broadway, and a Bunker Hill station. It also solves confusing transfers by getting rid of one by consolidating the current three light-rail lines into just two.

Meanwhile, Metro is working to expedite more than two dozen transportation projects, so a comprehensive transit system is in place sooner than anticipated. Los Angeles Mayor Eric Garcetti announced a new “28 by 28” initiative to hasten 28 projects in anticipation of the 2028 Olympics. Garcetti told Metro’s board, “We should all be racing to accelerate as many projects in as many places as we can.”

By the end of October, Metro is expected to make recommendations on potential fast-tracked Measure M-funded projects. Among the three key projects to watch are the Sepulveda Pass Transit Corridor, the West Santa Ana Branch Transit Corridor from Union Station to Artesia, and an expansion of Metro’s freeway “ExpressLanes” toll lanes.

The Sepulveda Pass Transit Corridor is an ambitious plan to link the San Fernando Valley to the Westwood subway station, and eventually to LAX. The first phase is expected to be completed by 2028, and a second phase is slated for completion in the mid 2030s.

Los Angeles’ expanding transit network and special bus shuttles are envisioned as critical components that will allow people to easily attend 2028 Olympics events at venues scattered across the region without having to drive. It also means, Los Angeles is on a course to create an extensive and envied public transportation system rivaling New York’s. Metro spokeswoman Kim Upton told Curbed, “The Olympics didn’t create our transportation revolution, but the revolution is readying us for a successful Olympics.”