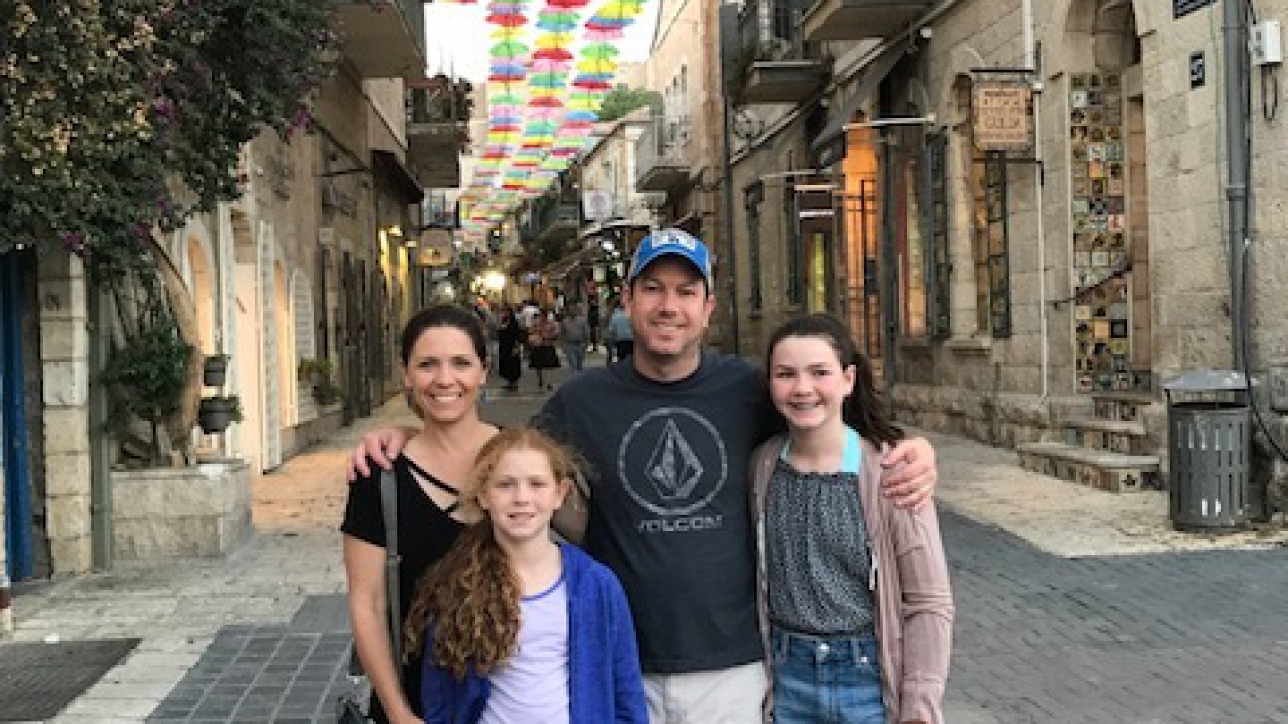 Altemus Company’s Justin Altemus is a third generation real estate leader who serves on AIR CRE’s board, as well as Contracts Committee. His involvement in the organization continues a legacy that goes back to the foundation of AIR CRE.

His grandfather, Jules Altemus, was an original founding member of AIR CRE, and the founder of the Altemus Company. Jules started brokering and handling third-party brokerage assignments on Los Angeles’ Westside in 1946. In the 1950s, as the business progressed, he started syndicating Westside industrial development deals with local investors.

Justin’s father, David, started working professionally in the family real estate business when he graduated from USC in 1968. David and Jules “worked together for three years until my grandfather passed in 1971,” said Justin. David then added a partner and continued to primarily focus on the third-party brokerage side of the business from the early 1970s to the late 1990s.

Justin graduated from UC San Diego in 1994, and worked in the advertising and entertainment industries for such companies as BBDO and Disney’s Buena Vista video for five years, before joining the family firm, too in May of 1999. “Despite my father’s words of caution at the time, especially just coming out of the recession of the mid 1990s, I still felt the timing was right to make the transition and was confident I could add tremendous value in helping to grow the company.”

Justin says the five years of business perspective gained outside the real estate industry was “valuable experience” to bring to the table. He has spent 18 years helping grow Altemus’ portfolio side of the business into a boutique firm with 35 LLC’s in its portfolio, consisting of nearly 250 tenants, an extensive local investor network and with a market value approaching $300 million.

Since 2002, the company has ramped up the portfolio side of the business, aggressively acquiring properties on Los Angeles’ Westside to own and operate. That includes handling everything from the acquisition, brokerage/leasing, property management, asset management, financing and renovation/construction. The result is a vertically integrated firm that counts industrial as its bread and butter, with a healthy mix of creative office and retail assignments in its portfolio. That strategy provides a stable source of income for the company versus a traditional brokerage-only model.

Altemus is entrenched on the Westside, and has had a front row perspective as it exploded as one of the hottest markets in the country. Venice, in particular, is a market which Altemus is invested in and has seen skyrocket. “Venice has always been an interesting market to watch given its wealthy subculture and its distinctive anti-corporate sentiment,” says Justin.

Interestingly, Altemus’ success on the Westside reflects the approach to business that dates back to a primary reason AIR CRE was started. When Jules Altemus and a few of his real estate colleagues started the organization in 1961, it came out of a need for order, mutual respect and professionalism during a time those were severely lacking, says Justin. Back then, the market in Los Angeles was a bit of a “wild west” without exclusive listing agreements. Justin notes it wasn’t uncommon to find six signs in front of a property, which often resulted in fights over who got the deal or was owed the commission. It is this mutual respect, professionalism and focus on building/nurturing long term relationships within the industry that continue to drive Altemus today.

“He recognized a need to bring the industry together, and that started by organizing a professional and educationally minded group like AIR CRE,” said Justin, who noted his grandfather taught a UCLA Extension course, so the teaching of best practices was a natural fit for the type of organization they sought to create.

Justin’s involvement in AIR CRE first started on what was known as the Young Professionals Advisory Group (YPAG), and then he joined the board about four years ago. That deeper involvement has delivered professional and personal value to him, as well as the company. “Mainly, for a boutique firm like ours, membership in the AIR CRE has served to help our company become a more integral part of the commercial real estate community and has allowed greater access to services we can’t get inside our company,” says Justin. “The synergy and resources add a lot of value to us.”

Justin says volunteering on committees and serving on the AIR CRE board exposes him to an experienced and collaborative group of professionals who come with a “mindset of working together.” A highlight of the year for him is AIR CRE’s market forecast dinner, since it provides an opportunity to engage with members and for networking. The opportunity to “engage and get connected” with others in the CRE industry is proving advantageous for Justin in building and fortifying relationships, too.

A key role Justin plays is serving on the AIR CRE Contracts Committee, which meets quarterly to review questions and discuss improvements to the extensive library of more than 60 contracts published by AIR CRE. “We discuss issues that may come up regarding the use of a contract, as well as ways to sharpen and improve them,” says Justin.

AIR CRE has proven to be a valuable educational resource for him, as well. “The education side of the organization is beneficial because it keeps members in front of issues, such as legislation we should be concerned about or other trends that will help us to do our jobs better,” says Justin, who notes, “we all deal with same inventory, so what really differentiates us is access to knowledge that helps us to hone our skills and stay ahead of the competition.”

On a personal level, Justin has been married for 16 years, and he and his wife Danielle have two daughters, Sophia, 12, and Annabelle, 10. He has a keen interest in playing the guitar and traveling. Justin says, a highlight for him was a trip the family just took to Israel, where they celebrated Sophia’s Bat Mitzvah at the Western Wall.